Ok, it was really difficult to take 8000 photos, down to 800 good ones, down to 100 really good ones, and pull out just 10 favorites. Very difficult. But when "Martin Bailey" and "The Arcanum" asks, I will deliver.

I'm exaggerating a bit, it wasn't as bad as I expected, and it was actually easier than choosing my top ten from 2014, because I had a bunch I really-really liked from that year. Anyway, I'm just rambling on because I don't have much else to say to introduce these photos, so here they are. Click on any image to see it full size. 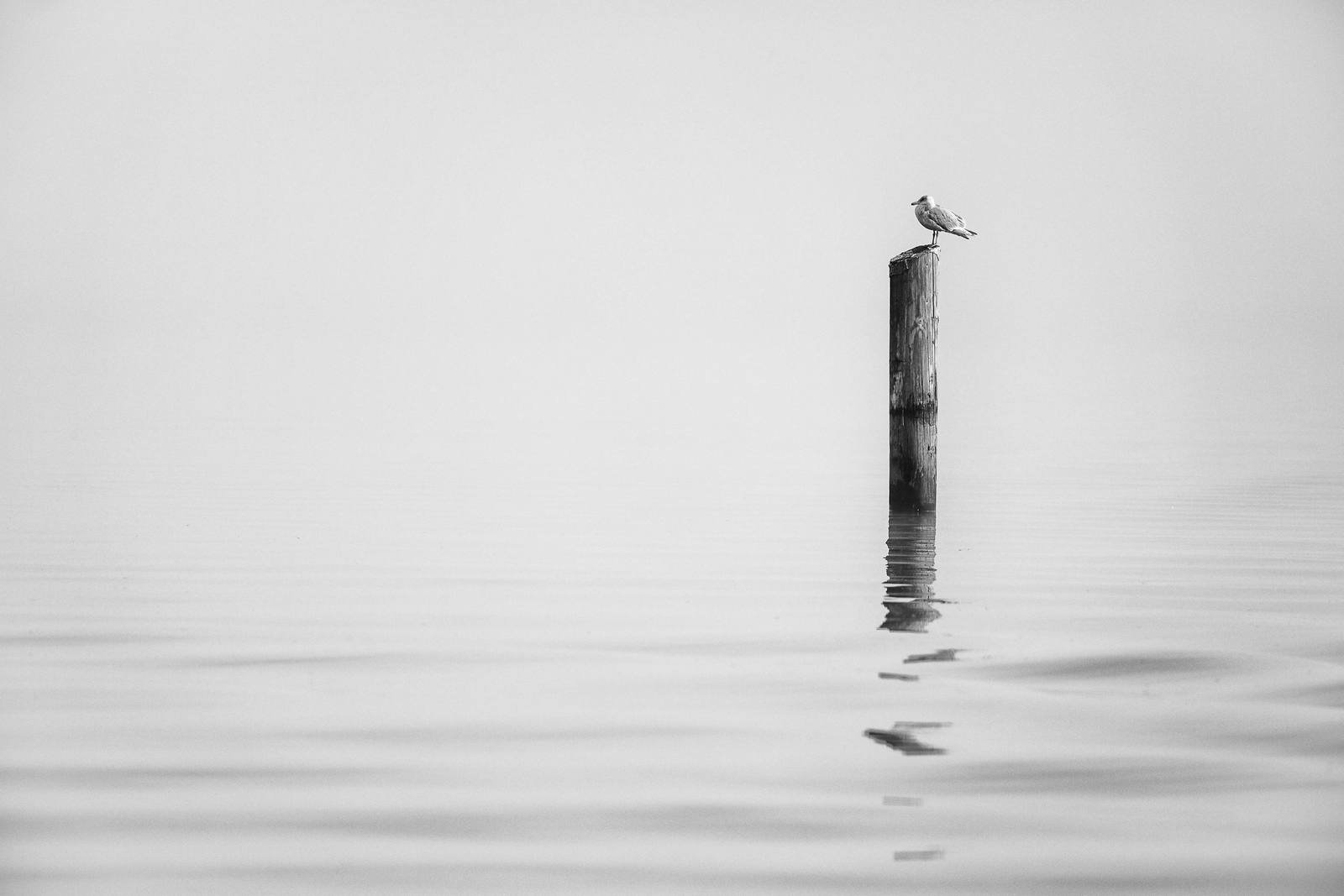 Some of my favorite scenes are out in the thick fog. In this shot, the seagull was perched just at the time when a beam of sunlight lit up her body and the piling. The fog was truly this thick on the other side, no special effects. 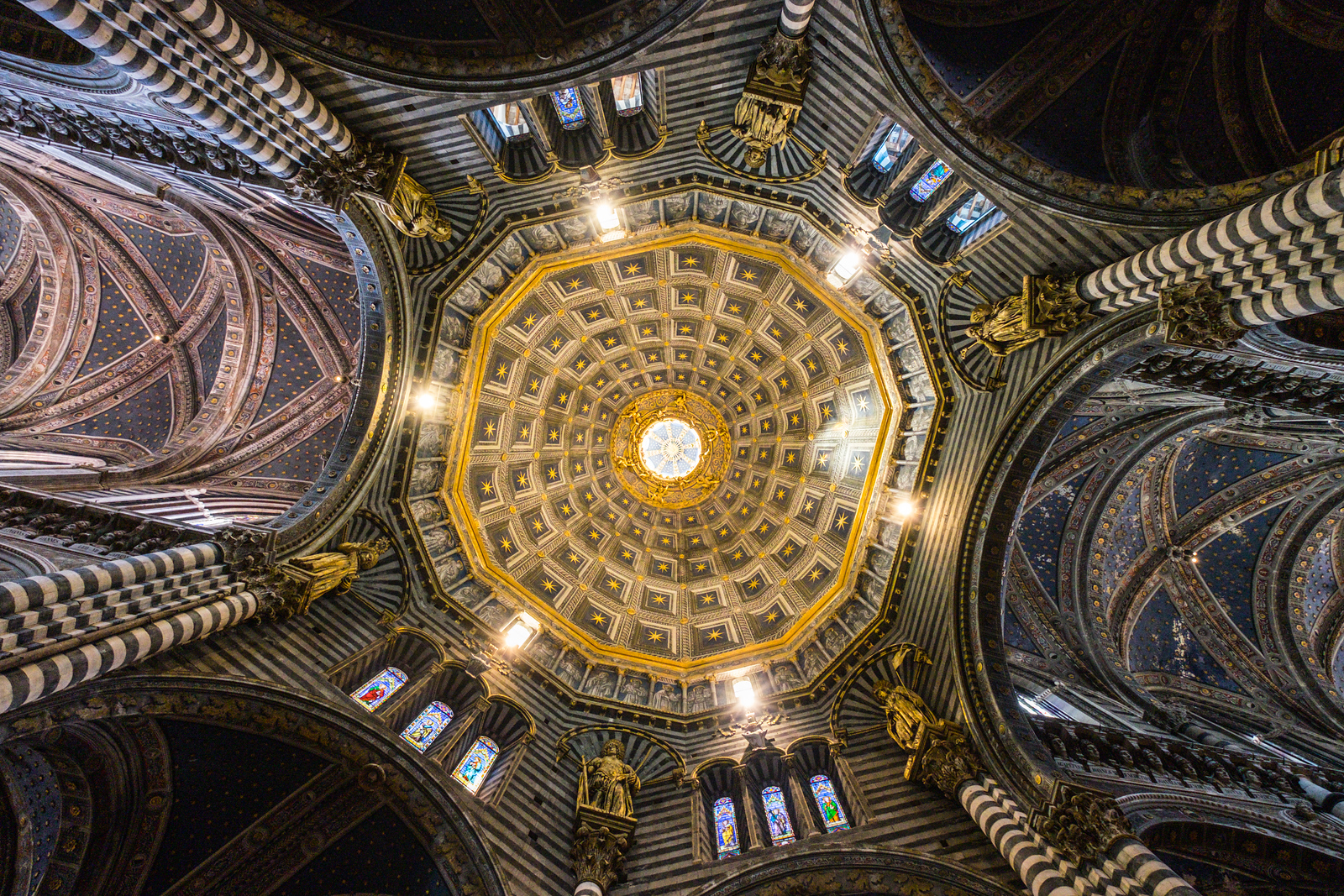 Looking up toward the Gate to Heaven at Siena Cathedral. This magnificent cathedral contains one of the most interesting and mysterious mosaics on the floor of the entryway - an image of "Hermes Trismegistus" emparting knowledge to some humble scholars. I managed to get this shot in the midst of a large crowd while my daughters were running circles around me. 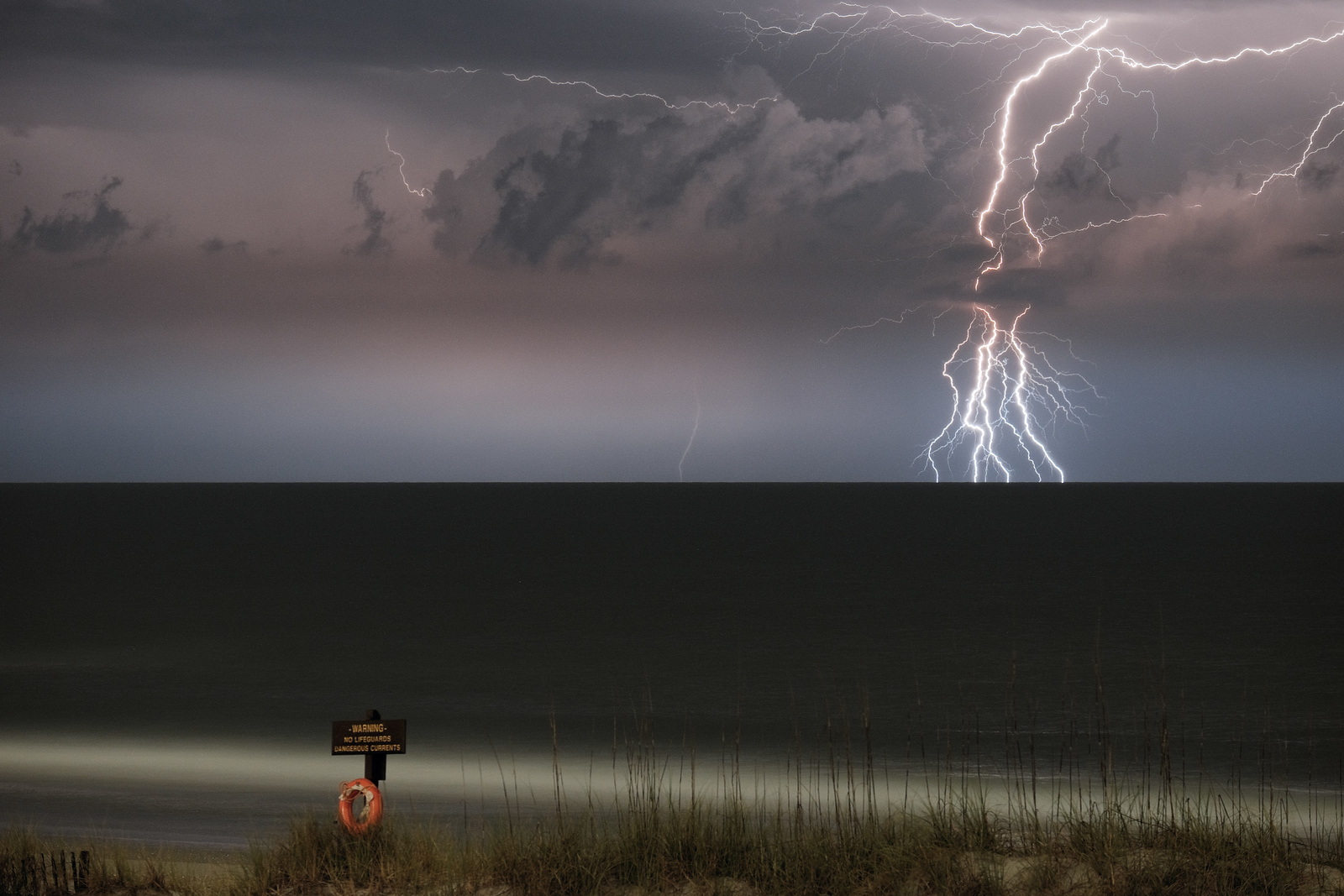 My first shot of lightning, ever. This was a long exposure, about 10 minutes. I set it up in the spot I expected to see lightning, and was happily surprised when I realized the warning sign was also in the frame (I was aiming into pitch black night). 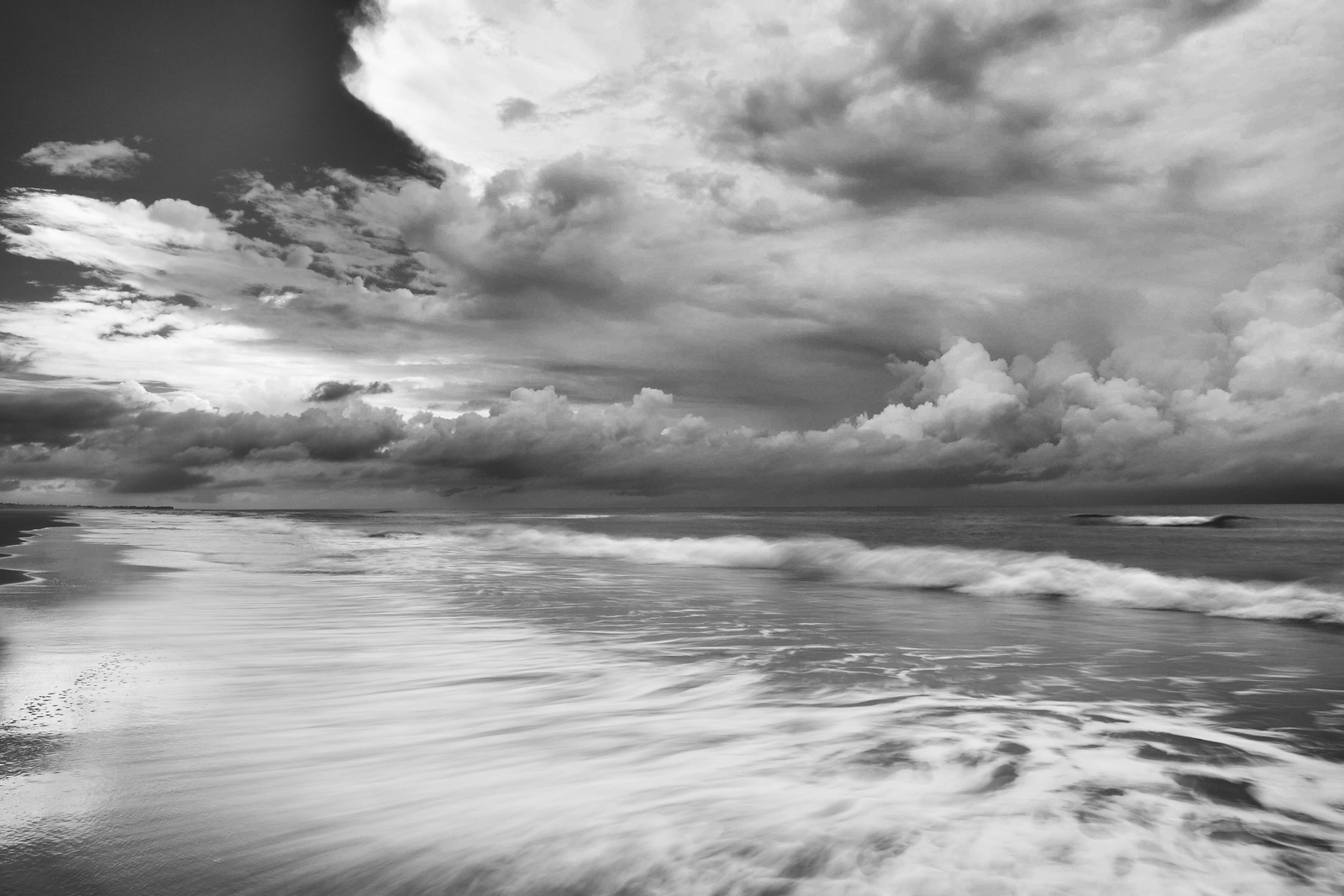 From the same beach on Figure 8 Island, the sky was incredible, the sea was colorful, but this was calling for black and white.

Also on Figure 8, I wanted to capture the pastels with a little blur from camera motion. The only treatment here is a slight turn of the camera while taking a long exposure.

Not trying to be narcissistic with this, but after taking some shots of just the Milky Way, I felt like it needed something more in it, so I added myself, and my reflection.

This image will probably only ever mean something to me, it's incredibly special and warms my soul to see my girls here against the setting sun. And I mean, they actually listened to me, how special is that? I was about 50 yards away with a telephoto. 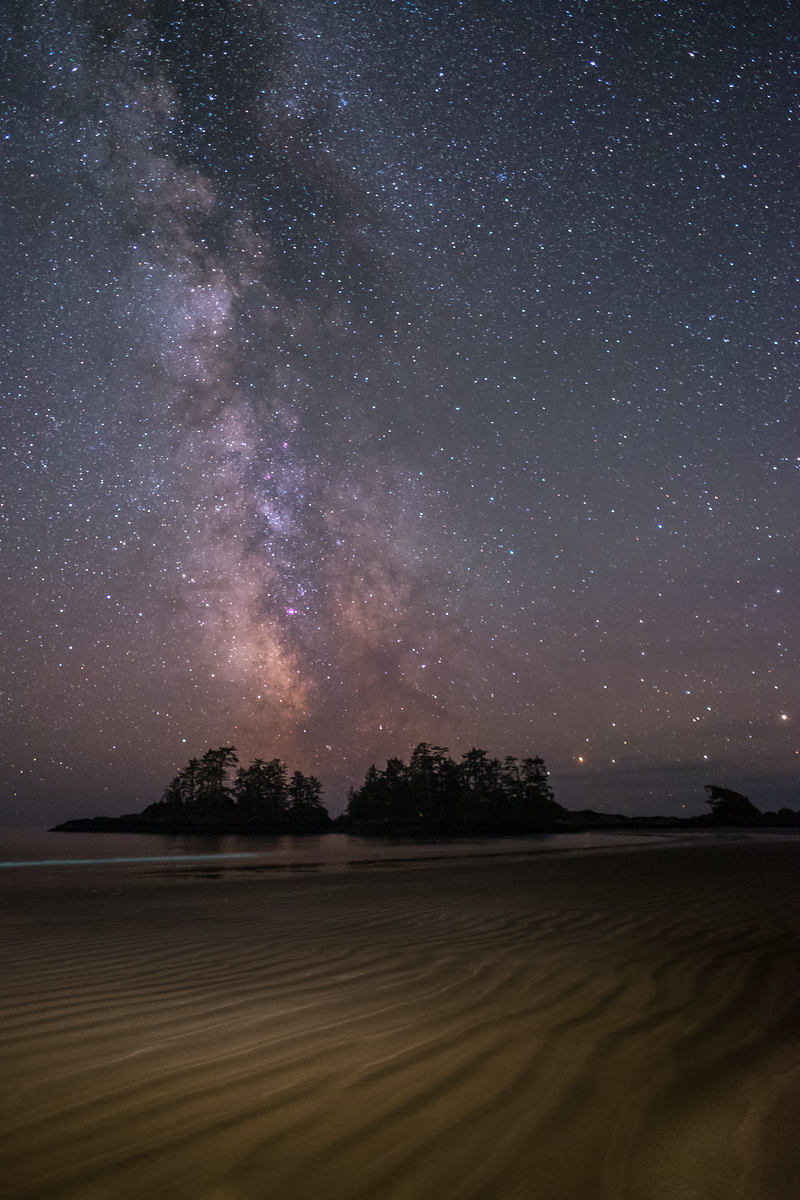 Can't get enough Milky Way photos? I know I can't. And this night was extra dark, and extra quiet on the beaches of Tofino. I knew I had something special when the band of Milky Way crossed over Frank's Island. Ya, I sat here for a long time and watched it traverse the island.

Oh the Enchantments, thank you for taking me so many years ago Andrew. I backpacked up Aasgard Pass and to Lake Vivian with this shot in my mind the whole time. I was a little bummed that it was past peak larch time and needles were shedding. But then again, it creates a unique scene in itself with the golden ground all around. 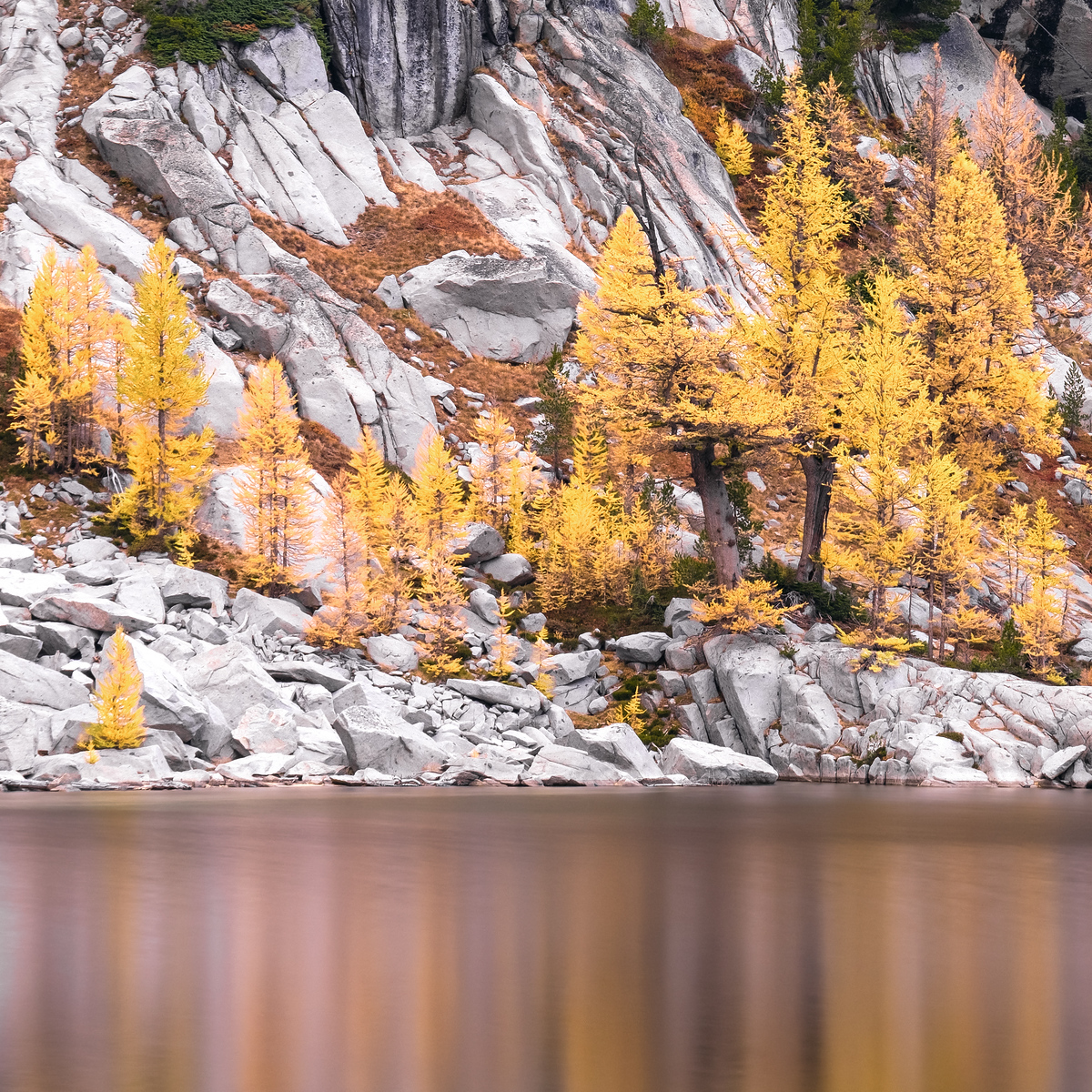 More of the Enchantments, entire families of larches set against the beautiful granite. It's too bad this area is so difficult to access, but then again, it might not be so special otherwise.